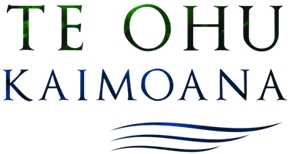 The Parliamentary Committee making recommendations on the Kermadec Ocean Sanctuary Bill has ignored the concerns of iwi and supported the confiscation of Māori fishing rights in the Kermadec region.

The Local Government & Environment Select Committee has reported back to Parliament and sanctioned the proposition to override Māori interests in respect of quota and iwi rights to develop new fisheries in Management Area 10 (FMA10).

The committee’s recommendations further erode the 1992 Fisheries Settlement between Māori and the Crown and give no regard to the durability of Treaty Settlements in general, the Chief Executive of Te Ohu Kaimoana (the Māori Fisheries Trust), Mr Dion Tuuta, said today.

The committee says the Kermadec Ocean Sanctuary Bill should become law with some technical changes, including referring to the area as the “Kermadec/Rangitāhua Ocean Sanctuary” to recognise the indigenous name for Raoul Island.

None of the changes gives effect to calls from iwi to protect Māori fishing rights or the rights to develop fisheries in the Kermadec region. Labour and the Green Party included minority views within the report but fell short of rejecting support for the legislation, with both parties saying they support the creation of the sanctuary.

“The Parliamentary Committee has approved the confiscation of Māori fishing rights effectively saying the 1992 fisheries agreement isn’t worth the paper it’s written on.  The members completely ignored assurances that the Kermadec marine biodiversity is being protected while iwi have maintained fishing rights in the region at the same time.  They erroneously think that iwi and Māori will be appeased by giving the sanctuary a Māori name,” Mr Tuuta said.

“Minister Smith and the National party have only one view on what this sanctuary will be: it’s their way or the highway.  This demonstrates that the Fisheries Settlement is at the mercy of the government of the day, and that Māori fishing rights are afforded less protection than property rights held by other New Zealanders.”

“If the government is permitted to unilaterally remove, piece by piece, iwi access to fisheries, such as taking away 15 percent of our Exclusive Economic Zone from iwi economic activity, it’s only a matter of time before the full value of the Settlement is completely eroded away and rendered useless to Māori,” he said.

“Every iwi that has settled a so-called full and final settlement with the Crown should look at this decision and ask what it means for any rights they think they may have negotiated.  And every New Zealander that cares about property rights needs to understand that once again – it was not Maori that did not live up to their end of a deal.”

Each and every iwi in Aotearoa have rights to fisheries in the Kermadec region through the 1992 Fisheries Settlement.

A major contributing issue is that iwi, Te Ohu Kaimoana and the fishing industry has protected the seabed and biodiversity of the Kermadec region for almost a decade and yet received no recognition for it from the Government or the members of the Select Committee. There are no incentives for the New Zealand fishing industry to protect and conserve the environment as an aspect of its sustainable fishing policies when the Government can legislate away Māori rights to appease wealthy foreign interest groups, such as Pew Charitable Trusts, a United States-based organisation that has sunk significant funds into lobbying the government to establish the sanctuary.

“With all of the conservation measures taken by iwi and industry to protect biodiversity and fishstocks, through voluntarily stopping fishing in certain areas and spending millions of dollars in new technology to protect juvenile fish, for example, iwi are being penalised through having their rights legislated out of existence,” Mr Tuuta said.

The 1992 Māori Fisheries Settlement was the first agreement to settle historical Treaty breaches by the Crown. The Settlement has contributed significantly to iwi economic development in the last 24 years with millions of dollars allocated to tribal regional economies.

Other statements made by Te Ohu Kaimoana on the Kermadec Ocean Sanctuary can be found on our website here.